Best Leisure Battery For Your Caravan Or Motorhome – UK Review

Find The Best Dog Harness UK For Your Pup! Review

How To Improve Your Poor TV Signal Instantly!

The Federal Communications Commission says the transition to digital television has allowed for greater choice of free-to-air broadcasting options on the box. This is undoubtedly a good thing for consumers. But what happens if you have a poor TV signal? What happens if you TV is freezing or pixelating?

There are numerous reasons for a poor TV signal, and it can be incredibly easy to fix this issue if you have a basic understanding of what makes it work. In this article, we have included all of our top hacks to improve your television quality and get rid of bad TV reception forever, possibly without even having to pay a hefty bill to an electrician or antenna installer! We also look at the reasons why you might be having freezing or signal issues and what things can possibly interfere with it.

It might seem a bit obvious, but we wanted to give you some facts and figures about Freeview. This format is a popular free-to-air broadcasting service that comes in different formats in so many countries across the globe. In Britain though, it is a staple service for television watchers, and is estimated by the official Freeview website to be used in 18 million homes across the country.

It also estimates it provides access to 95% of the nation’s most popular and talked about shows for free and has over 20,000 hours of programming on demand – ready for you to watch. This type of service has grown in popularity in recent years and popular programming from all genres – drama, comedy, reality television, game show and more – can be found on the service.

Why does my Freeview keep losing signal?

Freeview can have issues with poor TV signal at times, but there are a multitude of ways to improve this yourself. Sometimes, you might even be seeing a message on your screen that says ‘no signal’ at all or perhaps ‘poor signal’! This can be incredibly frustrating for a TV watcher, but there are ways around it.

The most obvious go-to is to turn the television set off-and-on at the wall, to be sure. It is also a good idea to re-tune your television channels through Freeview and see if that helps the situation at all.

If these two options are not giving you any joy, we suggest you also take a close look at your cables, power lead and any HDMI leads. Are they all plugged in correctly? It is also possible your internet cables are not securely plugged. It will pay dividends to double check this at this time. There are a number of contact details on the Freeview website that can help you with a poor TV signal, so if you are someone who prefers talking through an issue with another person, this could be the way to go.

There are a number of reasons why your Freeview could be having issues, causing a bad TV reception, and we list the main culprits below!

What can interfere with TV signal?

1.The first culprit that you might find is that your antenna hasn’t been updated or upgraded since analogue was outdated by digital free-to-air.

A digital antenna is entirely separate to an analogue one in both design and function, and although it could be possible to mistake them for one and the same, it is very important to get a hold of a digital antenna that is fit for purpose and doesn’t corrupt the data drifting into your signal which often creates that ‘poor TV signal’ message on your television screen.

2. Another issue with poor TV signal is that some trees and landscapes can obscure the signal coming through your antenna and onto your Freeview or digital television service. Other buildings can also be an issue, particularly for flats and other loft apartments – with so many found in the United Kingdom.

When a signal is transmitted, the goal is to find the most direct path to your antenna, but an obstruction like other buildings, trees, mountains, hills etcetera can cause endless issues and allow for a weaker signal coming through your antenna. This could be the offender for your bad TV reception.

It’s imperative that you have a clear line from your antenna to the signal transmission station – which is why so many antenna can be found on the roof of a house. Trees around the house growing too high can prove to be an issue with distorting the signal and if these catch on power lines this can also cause you problems.

3. A third more recent issue concerning poor TV signal is 4G interference. Older antennas and amplifiers that have been installed have less ability to block out new 4G frequencies and this causes issues with your signal. It is entirely possible the 4G may be stronger than your signal due to its frequency, which causes issues with your amplifier and cabling and leads to weak television signal.

Not having an amplifier at all can actually prove to be an even bigger issue and create poor TV signal, so it could be a good idea to consult a professional on what you have in the way of antenna and amplifiers and what might work to overcome the 4G issue.

4. Depending on where you live, it is also possible you may have a weaker signal due to your distance from the nearest signal transmitter.

It is also possible that there is an issue with your cabling. We could go into more detail as to what cabling you need (a high-quality Coax cable is the main factor in improving poor TV signal) but it is often best to discuss this with a professional technician if it is this that is your issue. Another possibility is simply the length of the cable from antenna to television which could be decreasing signal quality and causing poor TV signal.

If your TV antenna is due an upgrade then check out our guides to the best indoor aerials and the best outdoor aerials for Freeview. 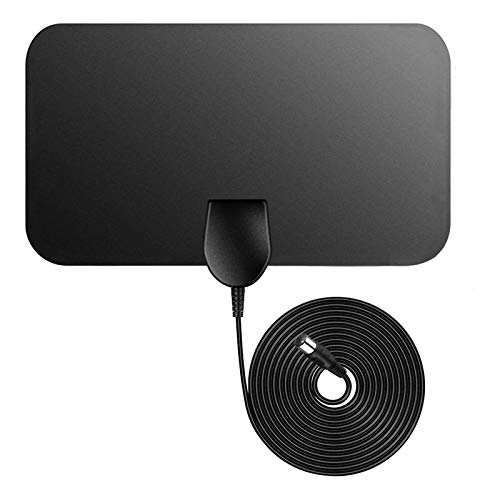 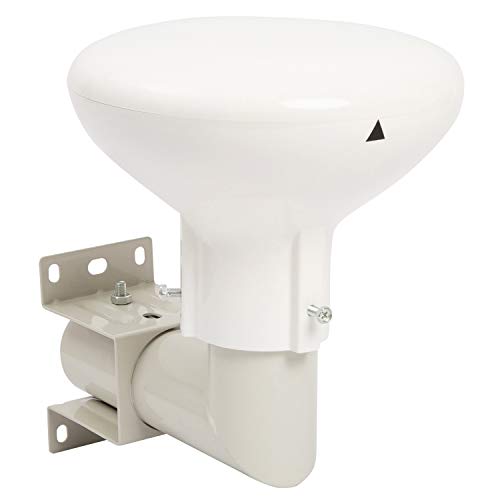 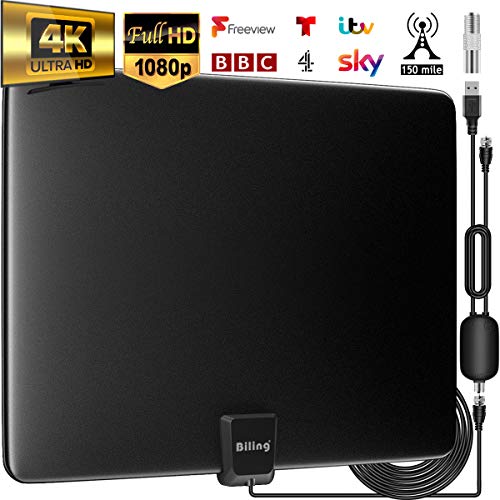 Why is my TV freezing and pixelating?

Besides a weak signal, there are many people who complain of issues with their TV freezing or pixelating. This is often caused by much of the factors we mentioned above, and hopefully this has given you a better understanding of what you can do to improve poor TV signal yourself.

Weather can often play a particularly big part in TV freezing or pixelation, so do bear that in mind before becoming too frustrated. Other issues that often correlate with bad weather are trees, power lines and cell tower disruption. These often go hand-in-hand with poor TV signal so keep them in mind.

This is something we’ve no doubt said at least once, but problems with cables, wires or splitters – which is essentially the device that divides the connection between your television and broadband – can have a major effect on the quality of your television. Freezing and pixelating can occur if there is an issue with any of these.

And there you have it!

It should be clear now that there are multiple easy fixes that you can do to check on your poor TV signal and see if you can improve it. Some of the more challenging issues like trees, landscape and cabling can be helped by you as well in actual fact! Keep calm when approaching this issue, we know it can be really frustrating for an avid TV watcher to have to contend with a poor TV signal but doing all of these steps often give you the right results. However, if there are significant issues with your antenna, cabling or interference, then don’t be afraid to consult a professional for advice and support on the matter.

Going through the easy steps of turning the TV off and on at the wall, retuning channels and Freeview, checking cabling is plugged in properly and that there is no interference from trees outside can often solve the problem. And if not, have a look at what cables you have, and consult a professional to see if it might be an issue with your antenna or 4G interference in the area. Hopefully going through these steps will solve your poor TV signal issue and allow you to enjoy good and relaxing TV viewing for years and years to come.

Another option, if you looking for a subscription free television service with great quality reception, is to check out the best freesat boxes to access a wide variety of channels.

Jane is a busy mum of two who is always looking for life hacks to make her life easier! She enjoys crafting, bargain hunting and is trying to reduce her carbon footprint one step at a time!

This page contains affiliate links, meaning we receive a commission if you decide to make a purchase through our links, but this is at no additional cost to you

Best Leisure Battery For Your

What is Freeview?
Why does my Freeview keep losing signal?
What can interfere with TV signal?
Why is my TV freezing and pixelating?
And there you have it!